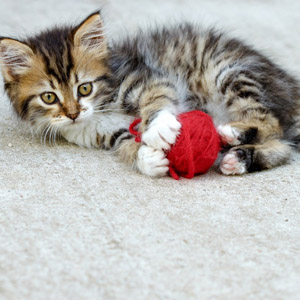 Cat Sayings and How They Originated

You’ve most likely used the saying ‘Cat got your tongue?’ a few times before. Have you ever wondered where it came from? As it turns out, many sayings about our feline friends are as quirky and puzzling as Fluffy herself! A local vet lists some of the more popular ones below.

This purrticular saying seems to have started back when people had thatched roofs. If Fluffy climbed to a high vantage point, she could have easily fallen through a sopping wet roof. The ‘catchphrase’ goes back to at least 1651, which is when it appeared in a collection of poems called the Olor Iscanus.

Way back in the 1920’s, the word ‘cat’ was used by flappers to describe someone they thought was cool. This saying became part of the common vernacular around this time, as did the phrase ‘The Cat’s Meow’. It was first popularized in the comic strip Indoor Sports. The phrase made a comeback in the 60’s, and is still occasionally used this way today, a hundred years later. (Note: do not put pajamas on Fluffy.)

Look What The Cat Dragged In

It’s not difficult to figure out where this one came from. We first befriended Fluffy because of her hunting skills. As anyone whose cat has brought them ‘presents’ knows, kitties take offering their catch to their humans very seriously. (They also clearly expect praise and rewards.) As to what the furball that sparked this phrase actually dragged in, well, that one is anyone’s guess. It could be anything from a snake to a porcupine to a skunk. Have we mentioned that we recommend keeping kitties indoors?

Do you have more than one cat? You may notice that Fluffy and Mittens sometimes mirror each other. They might sleep  in the same place or position, fight over a specific toy or sunbeam, or sync up their napping schedules.

If you’ve ever watched Fluffy ‘stalking’ a bird or chipmunk, you know that she can move very quietly and gracefully … skills that thieves would seek to emulate. Of course, some kitties have sticky paws. Our feline pals have been known to steal toys, underwear, socks, sausages, and even bikinis!

Let The Cat Out Of The Bag

We have to admit, we’re somewhat purrplexed about this one. Most of our feline patients are more interested in getting into bags than getting out of them! 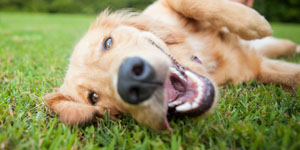 June 12th is Jerky Day! It's also Red Rose Day, World Gin Day, and National Peanut Butter Cookie Day, but we'll stick to the one most...